With over 100 power tools across the 18v range, we can understand the importance of choosing the right battery for each one's power tools and vice versa. Makita 18V batteries features one of the fastest charge times in their categories, allowing the used to maximize their usage.

The Makita BL1830 3 Amp Battery comes in a Lightweight and shock-absorbing design, featuring Li-Ion Technology and returning 430% more working capacity during it's lifetime compared to Ni-Cad, and 40% Lighter than Ni-MH. The Li-ion has minimal depletion of power during use or in storage over it's lifetime.

The Makita Bl1840 Battery features the same same design, weight and and Lithium-Ion technology as the BL1830 and BL1850 while returning increased battery charge, facilitated by the 4.0 amp.

The Makita BL1850 18v 5.0Ah Li-Ion battery returns 66% extra runtime than the BL1830 3.0Ah with a charge time of only 45minutes. The power output from the 5.0Ah battery is consistent and noticeably greater than that of the 3.0 or 4.0Ah, whilst delivering that stronger power output and longer runtime. 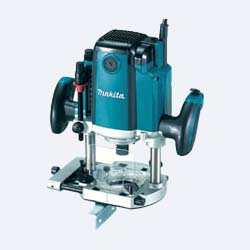 Looking at the graphics it can be noticed the difference in charging between Well Balanced Charging and Unbalanced charging. As you can expect the Makita Lithium Ion charges all cells equally while also discharges them evenly, resulting in all cells being used to their maximum potential therefore increasing the battery performance and charge time

All Makita 18v and 14 v features a built in memory chip, allowing to record the battery usage history. Moreover, the built in CPU will be communicating with each battery allowing to determine its condition (over-discharging, heat abused etc), while also facilitating an optimized charging system.

One of the greatest advantages of Makita Lithium Ion Batteries is that  they can be charged at any time, without having to wait for the complete deployment of power.

Look for the 'Star' or a 'Yellow Connector' 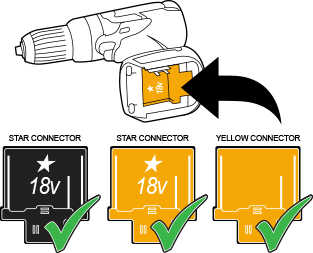 Don't forget our whole range of batteries Click Here! If you require any more advice in choosing the right battery or any other information, please don't hesitate to contact us at sales@toolden.co.uk, where one of our team members will be more than happy to assist you!