​The Fastest Lawnmower breaks Guinness World Record, travelling from zero to 100mph in only 6.29 seconds

Honda is back to set up new World Record, with the second version of the The Mean Mower V2, which uses a 999cc four-cylinder engine from Fireblade SP motorbike. All this while still being able to cut grass, and returning an incredible 200bhp at 13,000rpm! 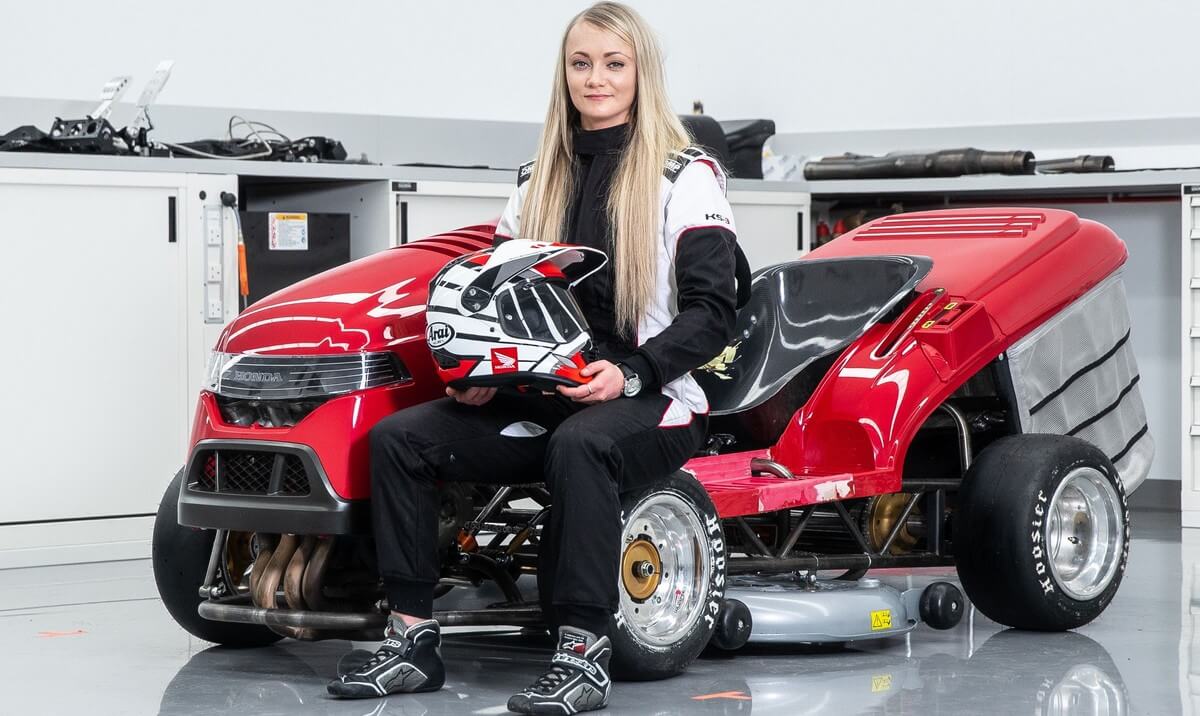 Official Guinness World Record adjudicators required the mower, which was piloted by British stunt kart and race driver Jess Hawkins, to complete two runs. and had to prove its performance over two runs in opposite directions, with their average time taken for the final judgement.

Moreover, the team also took the opportunity to put Mean Mower V2 through its paces on a longer run to see what it is really capable of, recording an incredible top speed of 150.99mph!

Designed in collaboration with Honda’s British Touring Car Championship partner Team Dynamics, the other key rule stated that the Mean Mower must ‘intrinsically look like a lawnmower’ and demonstrate that it can cut grass.

For this, they had to fit panels from Honda’s HF2622 lawn tractor to an extended chassis, which also had sticky Hoosier drag tyres fitted, while the cutter deck was adapted to fit the new set-up while using carbon-fibre blades to mow.

According to Dave Hodgetts, managing director of Honda UK: “The original Mean Mower was an incredible achievement, but this time we’ve taken it to a whole new level with V2. “

After taking the top speed record in 2014, we wanted to do something a little different by setting an all-new record for acceleration, and the result is fantastic. Team Dynamics have gone above and beyond in developing and building this real feat of engineering, and hats off to Jess for being brave enough to get behind the wheel!” 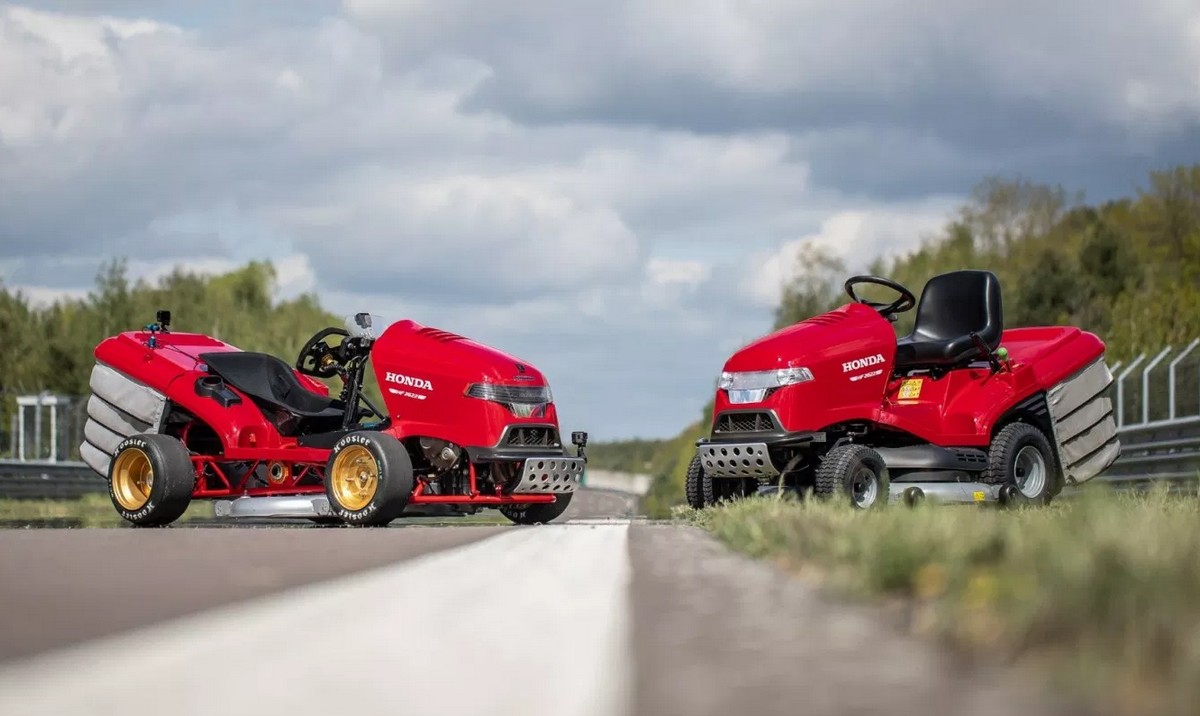 Honda says it also took the opportunity to test the mower’s top speed while it had independent timing officials on hand, recording 150.99mph.

Don't forget to share this with your friends and subscribe to our newsletter for more news and exciting offers!